If you’ve read other posts on my blog, you realize I’ve had a crazy beginning to 2016 — moving houses, job transitions, trying to fix the old house to sell, and other smaller things.

However, one item that has really helped me pull through is a planner I bought off Kickstarter in the fall — the Spark Planner.  I am a junkie for productivity tools, and especially written planners, but I’ve been shocked at how much this planner has helped me. I set annual, monthly, and weekly goals, which I follow and set tasks to push me closer every day.

I originally thought this would help me take my business to the next level but instead, I’ve found that it’s rounding me in many aspects of life. I was late on the kickstarter, so I didn’t get my planner until right before February 1, so this is more of a “first quarter” check-in.

My annual goals were focused on the idea of growth: Growth of spirit, finances, learning, and body.

My top goals were:

At this point, there have been several setbacks on the physical front – medical issues are flaring up with larger amounts of exercise, so I have to take things much slower than I thought. I also found that I have a medical condition which puts me at very high risk of illness from open water swimming (more susceptible to bacteria, etc) so I likely won’t be able to do a half-ironman official event in the fall. I’m still contemplating pulling it off in a gym setting for the swimming portion. Still, I can figure that out later. Getting in the running shape is the hardest part of a triathlon for me, so that is what I am focusing on right now, and I’ve lost 15 lbs since New Years.

The old house has been on the market for 3 days, a major accomplishment. It hasn’t sold yet, but it’s finally “finished” with regard to the work it took to get to listing ready status.

I’m making serious headway in learning Chinese as well. I’m learning Mandarin, and contrary to much advice, I’m attempting to learn to read, write, listen, and speak simultaneously. Therefore, it’s going slowly, but if I learn only to hear and speak, I will have a much harder time reading and writing later, and vice versa. That’s how I learn best. Definitely don’t try to hold a conversation with me yet… I’m a super beginner. My personal goal for the year is to get my fluency up to a casual proficiency level, and be able to begin reading websites written in Chinese, and begin to learn about Chinese typography. I have to learn the language more, before nuances in typography are understandable. Definitely a language that makes me wish I were in a larger city with an actual Chinese population in order to learn better — I haven’t seen or met anyone here who has fluency, in order to “check” my pronunciation skills.

Increasing my income is an interesting goal. Since I chose that goal, my previous work position crumbled, so I took some time to decide how to move forward. At this point, I’m still freelancing through my business that I co-own with my husband (The Bunny Network) and I haven’t really increased my income, but it’s regaining back to where it was, and I have some promising options for the future as well. I applied for several full time positions, but I have several other paths open to me right now, and that makes for an interesting season of exploration. Everything that I’m doing now is growing my career strengths, even if it isn’t making short term income, so I am happy with my current movement on growing my career.

The big goal I didn’t list earlier, that has taken precedence also, is organization. There’s nothing like moving as a family after 6 years in one house, to show you that you have a lot of organizational needs. A lot of my weekly and monthly goals have revolved around the organization in the new house.

So the question you’re probably wondering now is, how much of this really has been helped by the planner?

I have made annual goals, every single year. But I never really hold myself to them, or revisit them. The Spark Planner pushes me to think about them in creating my monthly and weekly goals, and has reoriented my life to the bigger goals, rather than the smaller goals. In the past, I’ve been great at task lists and other things, but I haven’t focused every week on meeting my annual goals for me as a person. When I fail to meet a goal, I see it, realize it, and let it shape the next week. The single largest thing I’ve learned from the process, however, is to keep my eyes on the larger goals rather than the small tasks, and this has really pushed me to grow much more than I otherwise would have. I look forward to coming up with my goals each week, and I hope to revisit with a new blog post after another quarter.

Welcome to the Chase Alley Press! 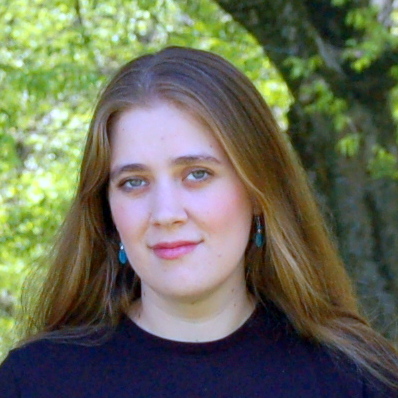